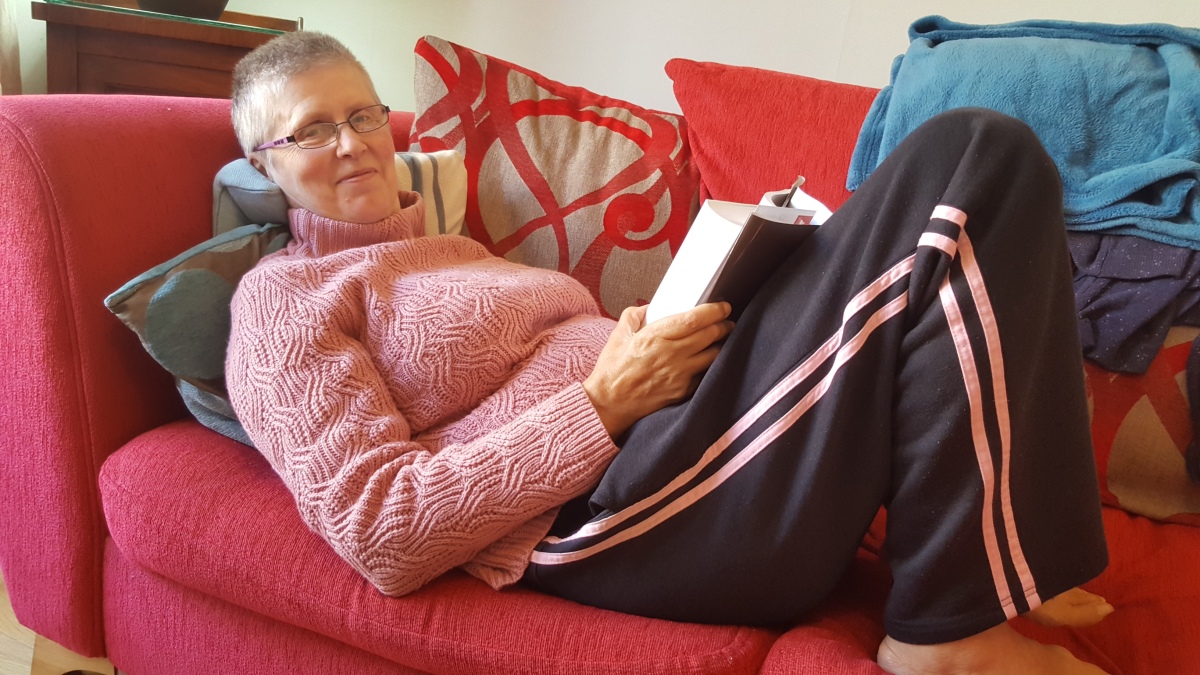 A few weeks ago, I was lying on the sofa in our lounge. I was lying down so I could more easily hold the monster of a book I had just started to read. With over 1900 pages and weighing in at 1.7 kilos it is heavy! Semi-reclining, I could perch the great tome on my belly and prop it up to vertical by resting it against my thighs. The book in question (which I’m about 180 pages into now) is called the Anguttara Nikaya, in English ‘The Numerical Discourses of the Buddha’. It’s one of a series of volumes that make up the Buddhist Canon, and although not written down until several hundred years after the Buddha’s death, the teachings within were carried through the centuries by a strong oral tradition. Though they were occasionally doctored in the intervening years to suit personal views and agendas, they are the closest we come to hearing the words of the Buddha.

Which brings me back to why I was reading it at this time and have been since. I’d been feeling a strong urge to read the Buddha’s words directly, and not just the odd sutta but regularly dipping into the sound of his ‘voice’. Before I’d got 20 pages in this first time – still on the 50 plus page introduction by Bhikkhu Bodhi – I was finding it thrilling. Actually, it’s repetitive in the extreme but this didn’t matter. I was enjoying the rhythm of the verses and reading every word rather than skimming a little.

I realised I was taking in the material in a different way to when I’ve read similar teachings over the years. I was appreciating and understanding it more because the words, phrases and stories were landing on a bedrock of experiential practice, in particular awareness practice. There was faith and confidence in my mind.

There was no sense of judgement or self-blame in those moments but a clear eyed seeing. I knew instantly which habits were being referred to: too many thrillers, too many box-set re-runs. Too many ‘nights off’ where other habits around snacking on the wrong sort of food mean acting against what’s best for me. More than the individual habits was an attitude that was at times ‘start-stop’ in relation to practice. I don’t want to paint an exaggerated picture – but there are unhelpful and time-wasting habits that are not in alignment with my stated ideals.

And in the moment, with the words ‘not enough’ I saw it really clearly. I felt the same sort of thrill and delight as in reading the words of the Buddha. The thrill of the truth of that message, not floating along in the delusion of inevitable progress. It felt like an opportunity to respond differently.

There are 2 qualities that are a gift to spiritual practice, and it felt as if I’d just been offered both. The first is samvega, spiritual urgency. We are in touch with how much we want to liberate our hearts and minds. In moments when it is present, we see the extent we’ve been tinkering with the spiritual life and how much more of us is needed to really make a difference. There is a sense that life is short and uncertain. Taking for granted that we have time is just another way that delusion covers over the truth that life can end in a moment.

The second quality is resolve or determination, adhimoksa. Resolve allows us to bring more energy and conviction to practice and to make a stronger commitment to reaching our goal. Another way of talking about these qualities is an image of your turban being on fire. We act quickly and decisively enough to work out how to take it off!

The habits are small, but they pull energy away from awakening, and what I saw in that moment is that everything is required of me. Anything less doesn’t really cut it. Now the work is keeping in touch with these gifts, keeping them in awareness and recognising what helps them stay alive. And to change the metaphor – how to keep surfing when I’ve fallen off the wave, learning from the inevitable setbacks and mistakes.

3 thoughts on “Not Enough”

Find recordings from retreats and talks on YouTube here

Find me on Insight Timer