Think of those occasions where you disagree with someone; you’re just not going to back down because you really believe in what you’re saying, it matters to you a lot. Things start to get a little heated as you both re-assert your point of view more strongly. Even as you remain polite you can feel your shoulder muscles getting tight and your voice and emotions mirroring your body; before you know it you are slicing and dicing their perspective with a very sharp metaphorical knife!

When we feel we’re right about something, by extension we put others in the wrong. Once we’ve done that it’s difficult to have an open dialogue. We’re much more likely to try to change their mind rather than really listen to what the other person says. And we’re sometimes scared to agree on any of their argument because, like the little boy with his finger in the Dutch dam, we fear it will be the beginning of the end of our position. One of the characteristics of delusion is inflexibility. We fix on a single point of view and can’t be open to other possibilities.

While all the Election processes have been going on the in the UK this past couple of months, and the three years of Brexit beforehand I’ve found plenty of occasions to get stuck on the pole of opinion and view. There have been moments (and longer) of self-righteousness though perhaps not as many as there could have been. This was partly as I tended to self-select by reading the Guardian newspaper which was roughly aligned with my political views, but also because I was often presented (via social media and those clever and slightly spooky algorithms) with reams of information that supported my beliefs and my prejudices. 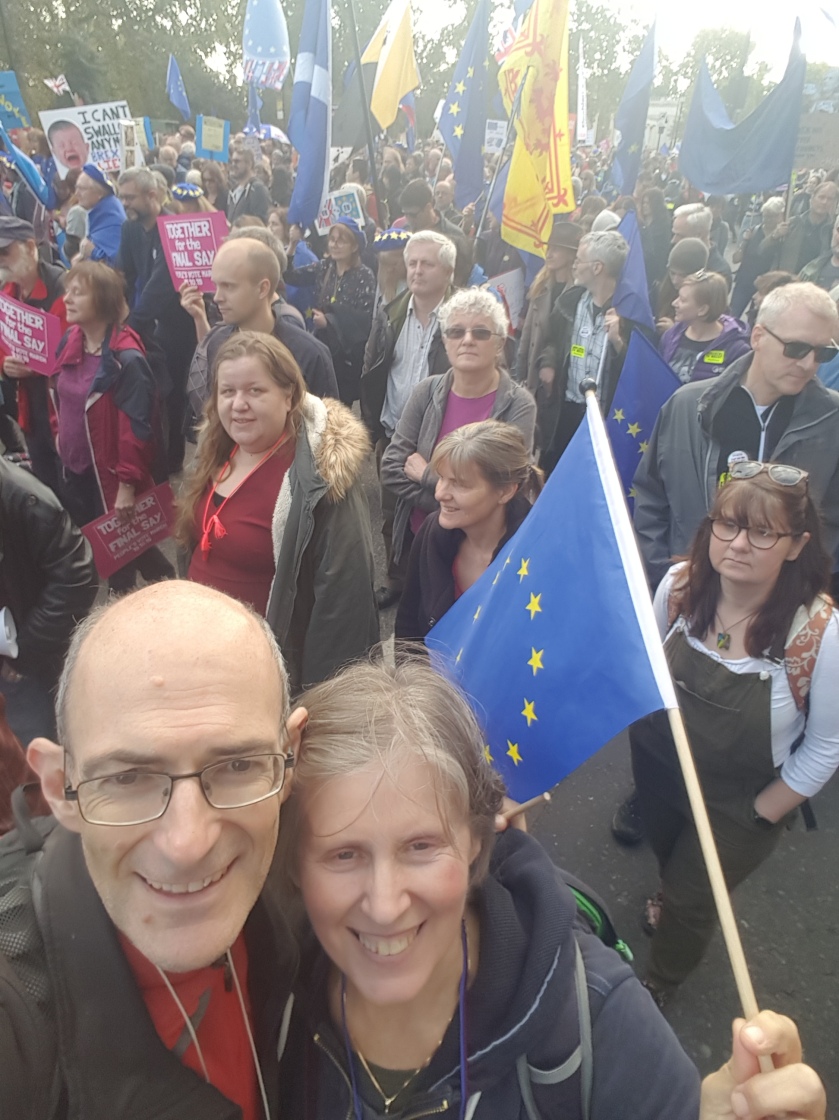 I’ve written previously about cognitive biases, this time I’m interested in what could be called a value bias. Jonathan Haidt is a moral psychologist who looks at the very complex world of ethical decision making. In his book ‘The Righteous Mind’ he produces a universal set of five (later six) moral values that work across cultures, and then sets about testing them on real people.

Haidt is particularly interested in how these moral values play out in relation to our political views. What has been very stark in the discourse around Brexit and the recent election in the UK is how polarized it is, and how little respect there is on either side for the others position.

The lack of respect manifests as outright judgements – how could someone possibly think like that?, or think of voting for that option? It’s unbelievable! They must be stupid, or ill-informed or they don’t care about poverty/climate change/British sovereignty/health care/economic stability – take your pick.

We resort to name calling such as ‘remoaners’ or in a stunning lack of irony and self-awareness from one journalist ‘Brexiteers are fascist, liars and charlatans whose only re-course is name calling!’

We find it hard to believe that someone whom we strongly disagree with politically can have a reasonable and well thought out point of view. It’s much easier to identify with our own positive stance and dismiss the opposite position in our political ‘enemies’. Perhaps a liberal position would be to feel strongly for the plight of migrants and refugees and believe there shouldn’t be limits on them coming to Britain. This might lead liberals to reject without examination the concerns of conservatives about the effects it would have on British citizens. Conservatives tend to value the national group more highly than the global community.

Particularly on the liberal side we would probably be horrified (because of our values around caring for others) that our views and opinions betray the sort of judgements above; we’re often unaware of our harsh views or we rationalise them by saying it’s because we care so much!

What Jonathan Haidt’s book helped me appreciate was that we all have positive values, but where we are on the left/liberal/progressive or right/conservative/republican side of the political spectrum will dictate which of those values we care more about. As a liberal lefty usually aligned with the caring side of the moral high ground I was curious to see that conservatives actually care about more of the five big values than liberals.

Liberals think the moral values of Care/Harm (positive and negative values) and Fairness/Cheating are most important. They care much less about Loyalty/Betrayal, Authority/Subversion and Sanctity/Degradation, but Conservatives rate each of the positive values equally highly.

While a lot can be said about each of these moral foundations, the significant point is that Liberals care about two of the values and the Conservatives care about all five. In some ways the liberal perspective is quite a simple one (care and fairness) whereas the conservative one has more competing values such as issues of loyalty to ones ‘tribe’, respecting authority and sanctity morals (often around sex). We still might not agree with how each value is expressed but perhaps it helps to recognise them. Could we learn to value each others sense of values?

There is a relationship between certainty and wrong view which Sangharakshita brings out in his teachings on Right View. Right View, he says, when held with tightness and (the feeling of) rightness is actually wrong view. When we take up a position of any kind, whether it be ‘breakfast is essential’ or ‘there is no ‘self’, we remain caught in a polarisation between something ‘right’ and something or someone else that is ‘wrong’. How much worse when we add judgement and caricature to the rhetoric such as ‘tories are bigots’ or ‘liberals are snowflakes’.

We need to bring our political views into the light of awareness. Not even just our views, but our political values. When you notice the feeling that you have right on your side let it be a signal to examine your heart and mind.

Find recordings from retreats and talks on YouTube here

Find me on Insight Timer